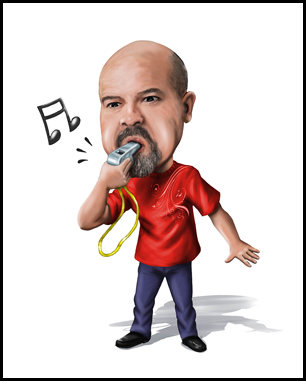 NOTE FROM GEORGE: Guys… LISTEN TO ME… I see this all the time. DO NOT lease a dealers license from one of those guys who “promise” to get you a car dealers license for $500 a month. It IS a BAD IDEA in so many ways, it is not even funny! AND… I have seen several guys over the years NOT listen to me and get themselves into trouble. Let me give you just a couple examples of what can do wrong!

EXAMPLE 1: What IF you buy a car at the auction, who’s NAME is on the title? It isn’t yours, YEt you paid for it!! So, who owns it? The guy you are leasing your license from!

EXAMPLE 2: What IF you buy a car at the auction, and the guy whom you lease your license from gets HIS license revoked? How can you sell a car with a bad title now?? The car isn’t even in YOUR name! It is in a dealers name who isn’t a dealer anymore!

You have been warned!

Published in the Asbury Park Press

The state Motor Vehicle Commission, along with the State Police and Division of Consumer Affairs, weighed in Tuesday on a plan to tighten controls on used-car sales in which scam artists allegedly use legitimate processes to trick customers.

But Ed Smith of Hampton, Hunterdon County, who sells as few as five cars a year, said, “The perception that we are all shysters is a very bigoted comment.”

Among those speaking at the lengthy hearing were dealers, lawyers for dealer groups, lobbyists, state troopers and representatives of the Motor Vehicle Commission.

The commission is trying to change to the current situation, in which a person can easily become a licensed used-car dealer and gain unlimited access to dealers’ license plates by virtually selling cars on the streets or from bars and coffee shops.

The commission has proposed requiring applicants for used-car-dealer licenses to be interviewed to learn if they understand the laws and processes; banning any sales off a dealer’s premises; requiring dealers to keep better records for three years; ending the sale of vehicles without also transferring the title; and setting a minimum for showroom space a dealer must maintain.

Typically, said witnesses, a rogue used-car dealer might secure a car at an auction, slap dealer, or temporary, plates on the car, then hand the keys to a buyer, who is told by the trickster to meet at an address in a week or so to gain the title.

But witnesses said the buyer may find no dealership at that address, setting off a lengthy and costly process for the buyer to try to get the vehicle’s title.

They did so by chopping the Bridgeton location into 8-by-6 foot wooden cubicles lacking telephones or any other evidence that commerce could be conducted there, Robb said.

“It was not found to be a place where business is conducted,” said a second State Police detective, Michael Kane, also of the auto unit.

The state troopers said as many as 450 “dealers” had operated out of the Bridgeton building, paying $500 a month rent, but it is a mystery why the situation developed in that South Jersey municipality. There are others in the state, the troopers said.

But Smith argued bad dealers are bringing on overregulation of legitimate, smaller dealers who see their businesses as providing a service.

“Under the guise of protection, they are killing small business,” said Smith, citing the proposal that would mandate that car sales be conducted on a dealer’s lot.

Smith, for example, said he sometimes delivers cars to buyers.

Motor Vehicle Commission spokesman Gordon Deal said honest car dealers are already being squeezed by the practices of others. “You have got legitimate dealers who are getting screwed by these fly-by-nighters,” he said.